Off to L.A. for heavy emo eating 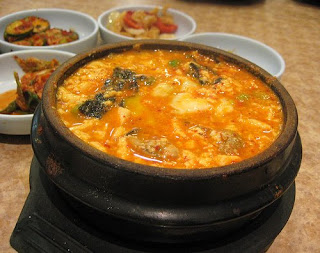 Ajumma and hubs are headed to Los Angeles for a few days for major emo eating. If we were going one week later we'd line up outside of Johnny Cupcakes on Melrose for the t-shirt store's 1 year anniversary party. According to Johnny Cupcakes' blog, they're serving free cupcakes and other desserts to mark the occasion. 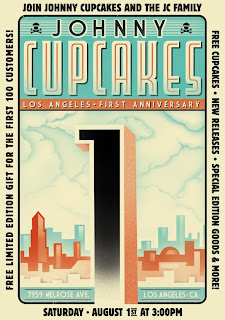 Originally I was excited to try the Red Velet cupcake at Crumbs Bake Shop in Beverly Hills. I figured I'd pick up some regular vanilla sprinkle cupcakes, too. After reading Crumbs' online reviews from cupcake fans, the words "dry" and "oily frosting" keep popping up. After being disappointed by Dots Cupcakes in Pasadena, last year, Ajumma's decided to skip Crumbs altogether. 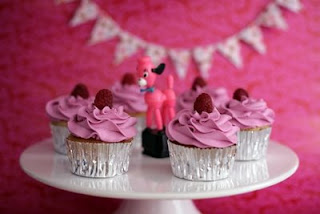 Coco Cake Cupcakes out of Vancouver, BC is definitely worth checking out. As I scrolled through the FAB-O cupcake blog, I had the odd sensation there just had to be an Asian person somewhere. Low and behold, the Coco Cake proprietor is indeed Asian, and her name is Lyndsay Sung. She currently makes cupcakes to order.
Posted by Ajumma at 7:45 AM