Young Guns II: The good, the bad and the promiscuous 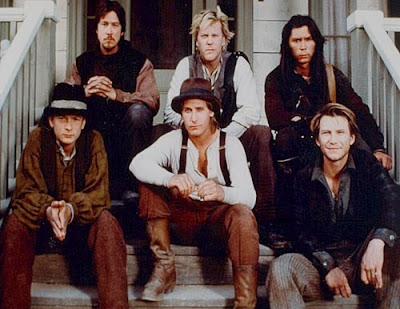 I had forgotten how obsessed I was with Young Guns and Billy the Kid's legend until my husband discovered Bon Jovi's "Blaze of Glory" video this weekend.  The six lead actors of Young Guns II (1990) are still present, prolific and pretty darn handsome. Here's a rundown of what they're up to: 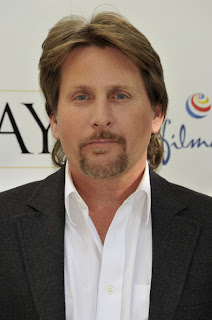 Emilio Estevez-William H. Bonney, aka Billy the Kid
Yoo hoo, he'll make you famous! Emilio, now 49 years-old, has been touring to promote The Way (2010), a film he wrote and directed, starring his father Martin Sheen. The movie, which has garnered positive reviews from critics, follows Sheen's character as he makes a pilgrimage through Spain in honor of his deceased son. Estevez has two adult children and enjoys growing grapes on his Malibu property with his fiance, journalist Sonja Magdevski. 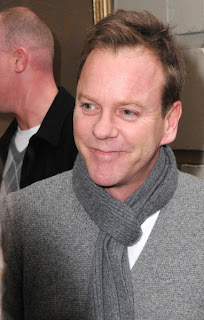 Kiefer Sutherland-Josiah "Doc" Scurlock
Kiefer, the bad boy of the bunch, keeps on ticking. This past spring Sutherland starred in The Confession, a 10-part web series about a hitman who turns to a priest on Christmas Eve. The action-filled series aired on Hulu but is supposedly coming to Netflix streaming. Kiefer, who is 45, also appeared in the 2011 film Melancholia. He's got a 21 year-old daughter who despite her age still appears on celebrity baby sites with her dad. 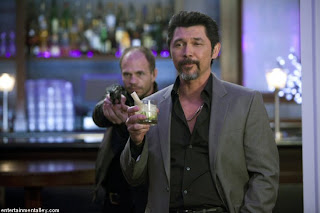 Lou Diamond Phillips-Jose Chavez y Chavez
Our favorite knife thrower is set to guest star on the season 4 premiere of Southland as a beat cop. The TNT series airs January 17.  Lou also won I'm a Celebrity...Get Me Out of Here in 2009, is a board advisor for The Coalition of Asian Pacifics in Entertainment, and is a contender on Rachael vs. Guy Celebrity Cook-Off which premieres on the Food Network on January 1. He's on Rachael Ray's team, by the way. Lou has a wife and four daughters, three of whom are teenagers. 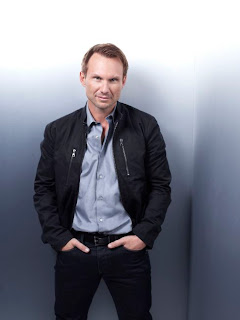 Christian Slater-Dave Rudabaugh
Christian was the darling of the 1990s film scene, then things went south with drugs and alcohol additions.  The 42 year-old has been sober for five years, however. Since going straight he says, "I've been trying to take time for myself and to be with my kids. I went to African and ended up building schools there. I went on a USO tour to Bahrain and Djibouti. I went to Walter Reed hospital. These aren't things I ever considered doing."(Fanshare) Slater, who will headline FOX's second season of Breaking In, gives his time to numerous charity events like the Chris Evert-Raymond James Pro-Celebrity Tennis Classic. He has two children and is dating former Jimmy Choo co-founder, Tamara Mellon. 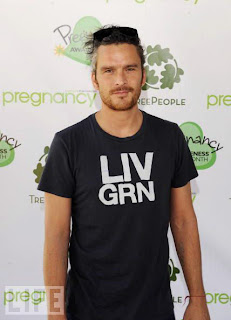 Balthazar Getty-Tom O'Folliard
Folks didn't hear much from Balthazar after Young Guns II. The married actor popped back onto the radar in 2008 when paparazzi photographed him vacationing with a topless Sienna Miller in Italy. (The pair met through Sienna's boyfriend at the time, who co-starred with Getty on the television series Brothers and Sisters.) These days the 36 year-old father of four says his wife has forgiven him and they're better than they've ever been. Ah, marital affairs are so rejuvenating! 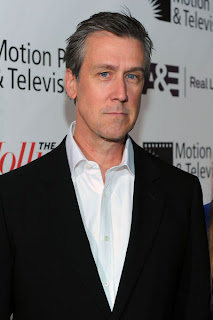 Alan Ruck-Hendry William French
When it comes to Alan one should ask what show he hasn't been on.  Psych, Cougar Town, Fringe, Numbers, Greek and Justified? Yessiree. The 55 year-old is most famous for playing Ferris Bueller's sniffly and depressed best friend Cameron in 1986. That didn't stop Ruck from saddling up to portray a farmer turned hired gun in Young Guns II. These days the actor is married to Big Love star Mireille Enos and has three kids. Over the summer Alan, a native of Cleveland, recorded a short video talking about artwork at The Cleveland Museum of Art.