The Less Than Incredible Hulk 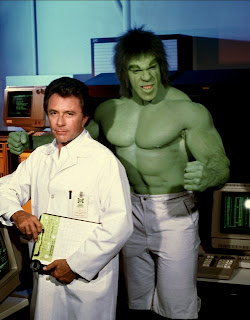 I've got a problem with the new Hulk.  While I admit his hairstyle has improved since the 80s, the new CGI incarnation of Dr. Banner's uncontrolled self is little more than a grotesquely large, unintelligible frat boy suffering from serious 'roid rage.  When he says, "Hulk, smash!" I feel a bit sad for the generation of kids subjected to a superhero who doesn't even use verb tenses. 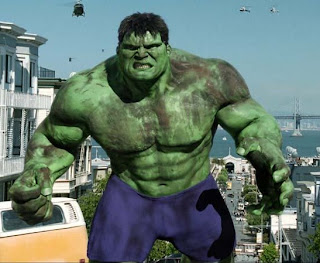 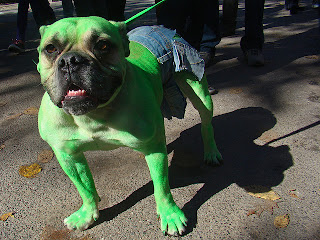 Photo via Manny at My Disguises, The Chulk on Flickr
Posted by Ajumma at 9:28 PM