If I were Giancarlo Esposito... 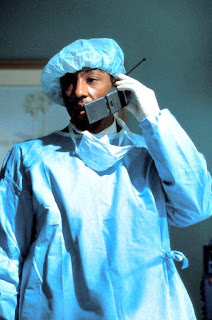 I watched the film The Usual Suspects last night and realized that a young Giancarlo Esposito starred in the 1985 film.  Esposito plays FBI agent Jack Baer, who is investigating murders in the Los Angeles Harbor.  Agent Baer speaks so quickly compared to Gustavo Fring, Esposito's deliberate and calculating character from AMC's Breaking Bad, that I had trouble following what he was saying.  If I were Esposito, I'd wear a shirt every day that reads, "I starred in The Usual Suspects AND Breaking Bad, b*tches."

If you are in the L.A. area and haven't seen the Korean Friendship Bell featured in The Usual Suspects, you have to visit it!  The bell is in San Pedro (oddly, people say "PEE-dro" rather than "PAY-dro") on a beautiful hill side overlooking the Pacific Ocean. 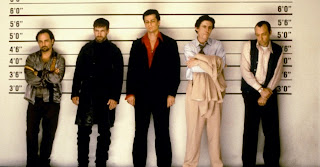 Photos via Cineday and The MacGuffin Men
Posted by Ajumma at 10:57 AM