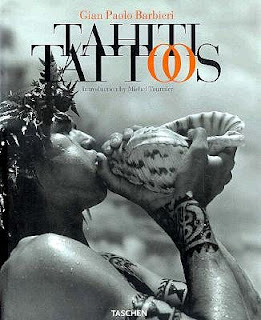 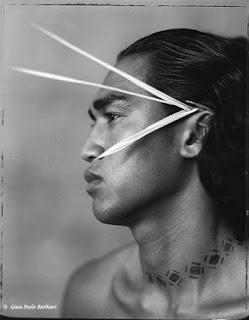 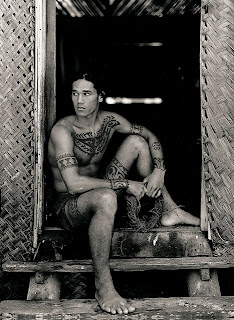 Where was my helmet cam when sitting next to the world's hottest Polynesian man at the dreaded DMV, last week? Apologies to The Rock, but the best looking Polynesian is in his 20s and resides someplace in the Orange County area. I'm going to make a wild guess and said he was Tongan because 1) he wore a Seattle Seahawks hat and I believe they have a Tongan player on their team and 2) he resembled the one other Tongan I've seen in my life. How scientific! At one point he flashed me a smile and that made the long DMV lines worth it.

Side note: A billion years ago while in Japan I snagged a postcard book called Tahiti Tattoos.  The book features black and white photos of Tahitian tattooed men in lush surroundings by Gian Paolo Barbieri.  If there is a heaven, I think it must look like Tahiti.