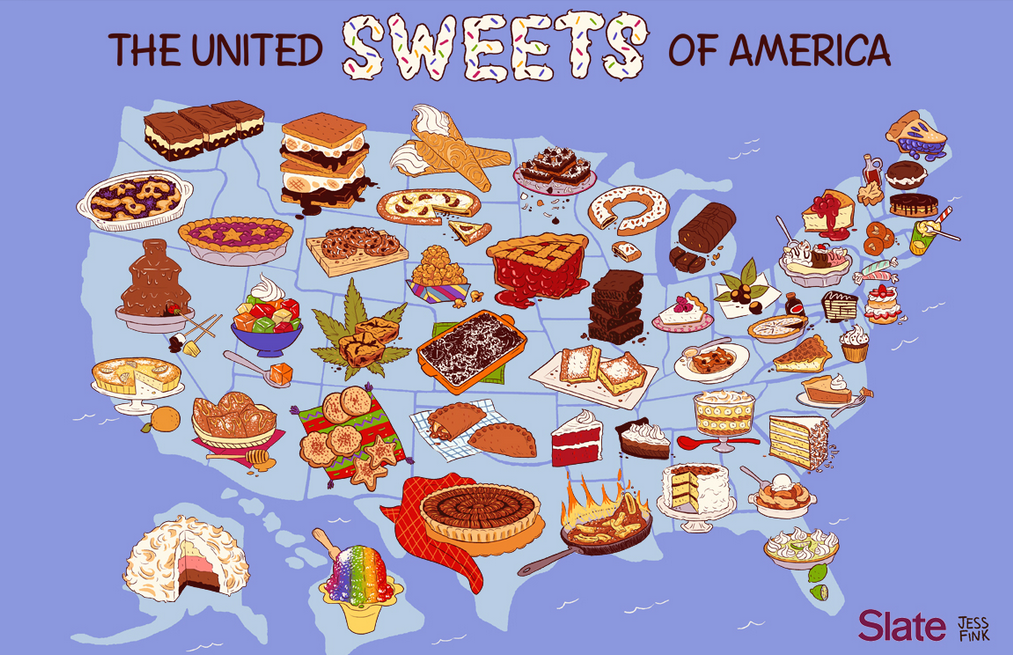 If a dessert represented your home state, what would it be?  I'm from Minnesota.  I say that s'mores and lemon bars generally represent the Land of 10,000 Lakes.  Slate Magazine disagrees (slightly).  Writer L.V. Anderson tasked herself with naming official desserts for all 35 states (15 of them already had them).  According to her, seven layer bars represent Minnesota don't cha know!  She may be right on this one.  Seven layer bars made appearances at every church event, funeral, holiday party, and potluck I attended growing up in the ice box state.  Apparently Germans and Scandinavian Americans love the combination of chocolate chips and coconut.

Illustration by Jess Fink
Posted by Ajumma at 6:15 PM