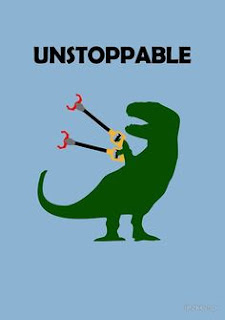 If The Rock was still The Rock from the year 2000 I would have watched his flick, San Andreas, yesterday.  However, neither The Rock nor I are the same people we were 15 years ago so my friend and I settled on seeing Jurassic World, instead.  My friend jumped every time a dinosaur took a booming step or a dinosaur took a swipe and ate someone.