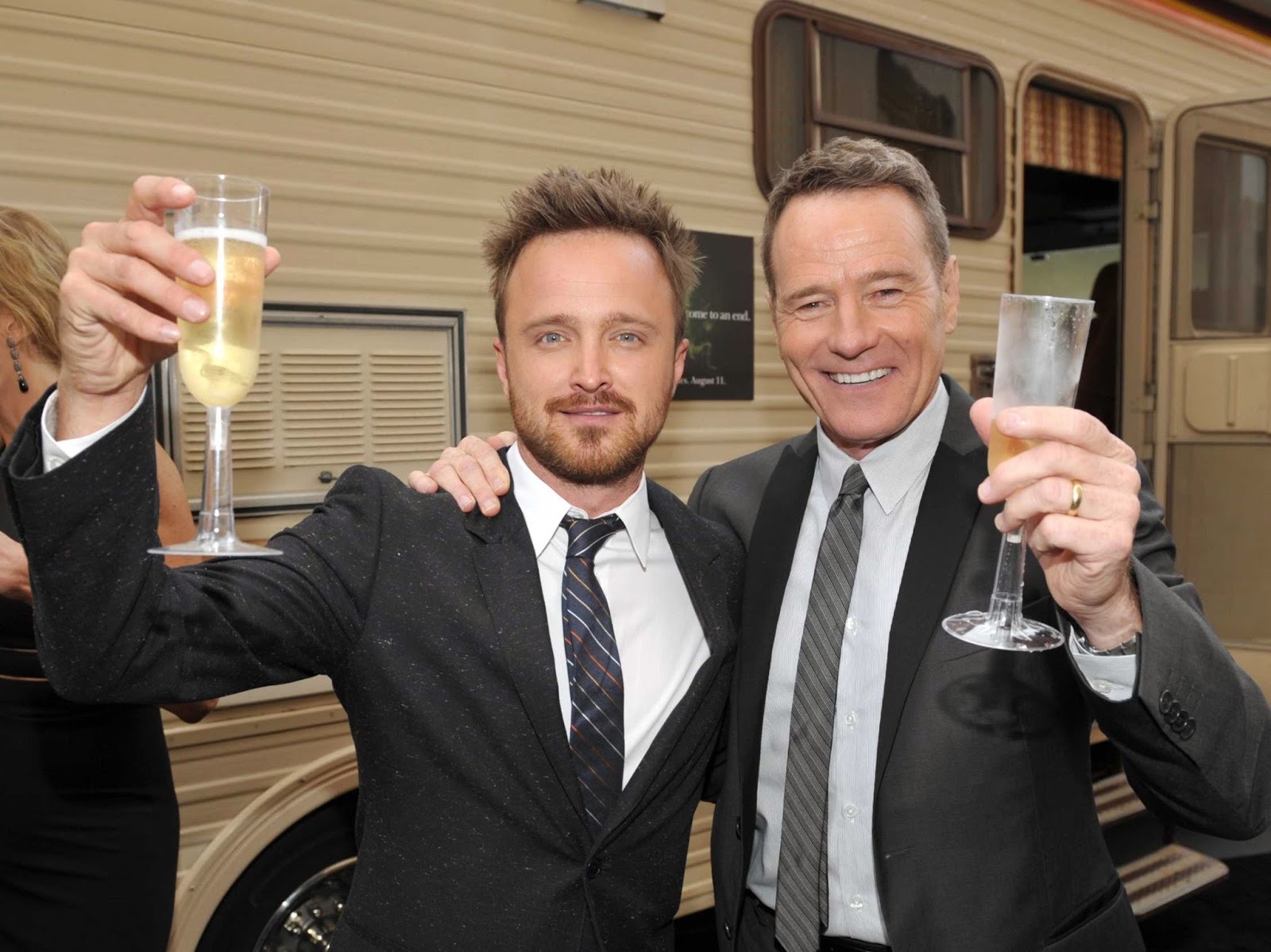 "Felina," the Breaking Bad series finale aired in September 2013.  The grand finale of five ridiculously intense seasons left me completely satisfied.  I had no desire to read anything about the episode, the stars, or reactions from other viewers.  This was the opposite of how I'd been operating as the AMC series progressed, scouring messages boards for posts by BB fans. However, after a year's hiatus I found myself taking great delight in Glenn Whipp's interview with Breaking Bad creator Vince Gilligan and the show's stars Aaron Paul and Bryan Cranston.  The trio quips about what happened to Jesse once -- SPOILERS!!!! --he busted down the gates of the supremacist compound.  They also discuss alternative fates for master chemist Walter White.  My only bone to pick is I feel they exaggerated the threat Gale posed, but Gilligan is the show's creator and harbors in his mind the corners Gale could have turned given the chance.

Previously on Ajumma's Pad:
Breaking Bad stars out and about
I'm seriously addicted to Breaking Bad
If I were Giancarlo Esposito
Men in cars
Men in pork pie hats
Breaking Bad stuff I like from the web

Photo from Business Insider
Posted by Ajumma at 9:42 AM