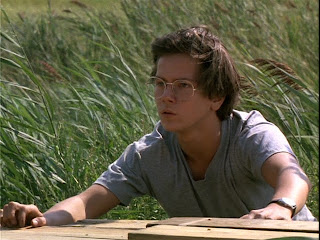 River Phoenix played Harrison Ford's eldest son in Mosquito Coast (1986), and portrayed a young Indiana Jones in Indiana Jones and the Last Crusade (1989). The two actors display definite chemistry on film, but I never thought they resembled one another.  Then the other night I watched Running on Empty (1988) and BOOM, I could see it.  In an opening scene a brunette Phoenix tinkered on his bike as feds cased his house.  As the wind blew his hair, he looked just like Ford in Mosquito Coast. 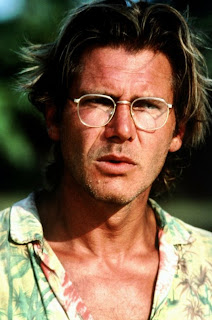 Image via Fanpop
Posted by Ajumma at 7:42 PM