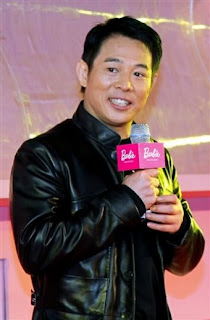 Jet Li finally got the girl. The bad news is she's 50 years old and made of plastic. Li attended the grand opening of Barbie's flagship store in Shanghai, last week, where models posing as life-sized Barbies strutted their stuff. Mattel's Senior VP said China was chosen for the Barbie store due in part to its large population and vast market potential. Another attraction, he said, was the potential appeal of Barbie in newly affluent urban areas of China not just to young girls, but to their mothers as well. Eek! It's still a bizarre place to find Jet Li. 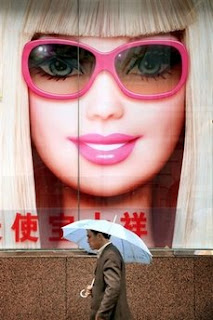 See photos of the Barbie store here.
Posted by Ajumma at 10:42 PM