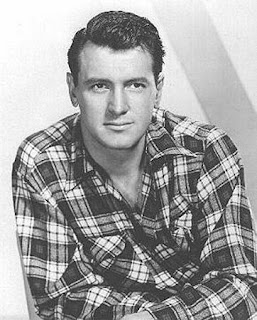 In 1956, producers for the movie Battle Hymn, flew twenty-five Korean war orphans to California to star as extras in the movie. Battle Hymn follows the true story of the documented rescue of 950 orphans and 80 orphanage staff from the path of the Chinese advance during the Korean War. Air Force colonel Dean Hess took charge of the airlift, and was later protrayed by (the dashing) Rock Hudson. Hess also penned an autobiography about his wartime efforts, with the proceeds going towards establishing orphanages in Korea. 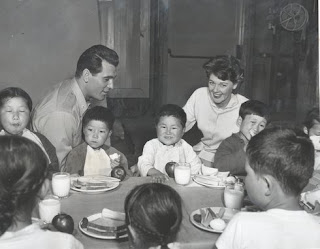 What became of the twenty-five orphans in Battle Hymn?
Larry Harnisch of the LA Times researched this and found they were likely adopted by Americans when the movie filming ended.
Posted by Ajumma at 12:25 PM