May the gingerbread be with you 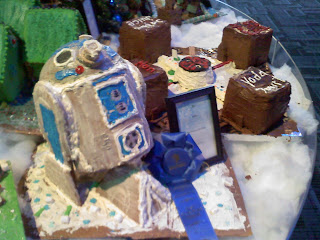 I snapped these Star Wars gingerbread creations outside of Star Wars: Where Science Meets Imagination at the Discovery Center in Santa Ana, California. The Star Wars exhibit is pure awesomeness, but I warn against doing the Millennium Falcon jump to light speed.  Don't pay five extra dollars for that letdown. It is lame with a capital L unless you are three years-old.  I've been more impressed driving into oncoming snow. 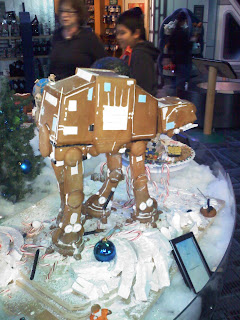 Imperial AT-AT on the move 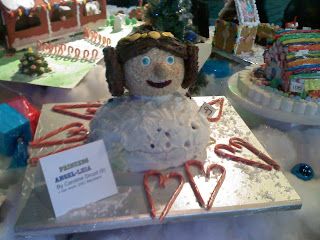 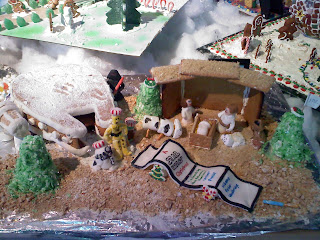 This one is my favorite because who doesn't imagine the Millennium Falcon when they think of the manger scene?
Posted by Ajumma at 2:57 PM