Breaking Bad stars out and about 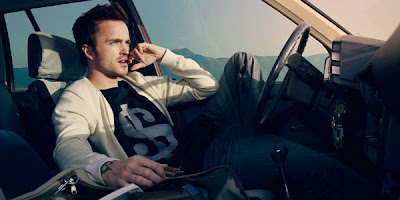 Breaking Bad star Aaron Paul recently chatted up New York Magazine.  Ajumma doesn't usually read BB articles because it ruins the authenticity of the series for me, but this one gives just enough away. Fascinating how Breaking Bad's creator Vince Gilligan says Paul's character Jesse was supposed to die during the show's first season.

Previously: Breaking Bad at the Pad 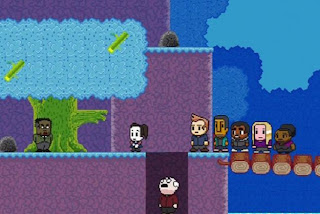 Breaking Bad badass alum Giancarlo Esposito appeared on a genius episode of Community last week, where he terrorized the gang via video game.  It is really remarkable how one goes from loathing, to fearing, to empathizing with Esposito's character within one hour.

Photos from Xfinity, Screen Crush
Posted by Ajumma at 6:28 AM