The Goldbergs in the middle 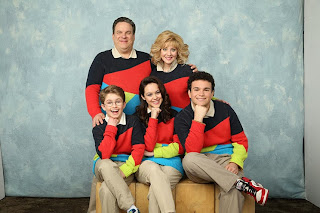 I've been faithfully watching The Goldbergs (and Trophy Wife, which has very witty writing) on ABC this fall.  Cut from life in the 1980s, The Goldbergs is based on the childhood of Hollywood writer Adam F. Goldberg  (Note: This is not the same Adam Goldberg who starred in Dazed and Confused, or who dated Christina Ricci.  I was dazed and confused over this for this about a week.)  Goldberg descends from a family of expressive yellers.  In addition to his vocal parents, he had two older brothers.  On The Goldbergs television show, Adam has an older sister and only one older brother named Barry (played by Troy Gentile).  Most of me wishes producers allowed Goldberg to keep his two brothers.  I love his brother Barry on so many levels! 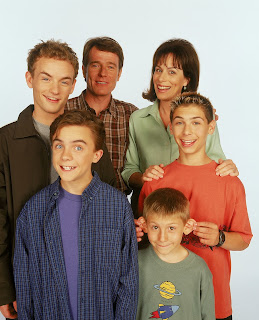 Then I wondered if The Goldbergs stayed true to life, would it just be an 80s version of Malcolm in the Middle?  If so, I would undoubtedly still watch.

Photo via The Glossy
Posted by Ajumma at 11:24 PM